Even the best carbon offset schemes are not ideal. That’s because they are not always additional, i.e. they don’t generate a new carbon footprint reduction. For instance, if you buy carbon credits for planting trees, your contribution would be additional only if those trees would have not been planted without your funds.

But there is an alternative to carbon offset programmes.

You can invest in companies that capture CO2 directly from the air and sequester it for good. With a similar process to plant photosynthesis, they use a giant fan that pulls air into a filter. Applying a chemical process, they then isolate CO2. Once under pressure, they can store the captured carbon dioxide underground and release the CO2-free air into the atmosphere.

Although this system has been proved additional, you should not see it as an alternative to reducing your carbon emissions. The operational cost of the technology is still high, however, the benefit of DAC services is that they will only run when someone is paying them to – meaning it’s a much more reliable way of removing carbon.

So, who is providing this service?

Let’s look at the most full-blown options.

Carbon Engineering has been working on megaton-scale DAC for eleven years. Their first pilot plant started removing CO2 from the air in 2015. The US-based company is now scaling up their technology to capture 1 Mton of CO2 per year — the equivalent of 3050 million miles driven.

They store the captured CO2 deep underground in geological formations or use it for producing low-carbon oil.

The Canadian company operates in the US but can build their DAC plants anywhere. Plus, their facilities footprint does not steal any land off farmers. They will begin constructing their first commercial plant in 2022. The capture cost will be about £72 per ton of CO2.

These two companies are merging their expertise.

Climeworks, which has already built 14 DAC facilities, will capture CO2 from the air using modular collectors. Powered by renewable and waste-derived energy, massive fans pull the air through a filter inside these machines. By swinging up the temperature, they release the CO2 trapped onto the filters and pressurise it.

Northern Lights will take care of the storage stage. As part of a Norwegian government carbon capture and storage (CCS) project, the company is creating the first cross-border, open-source CO2 transport and storage infrastructure. They will complete the project’s phase one by mid-2024, reaching a capacity of up to 1.5 Mt of CO2 per year.

After one of the Climeworks DAC plants captures CO2, Northern Lights will ship the gas to a terminal in Norway. From here, the company will pump the liquefied carbon dioxide into a reservoir 2,600 metres under the North Sea seabed.

By teaming up, Climeworks and Northern Lights would provide the full carbon negative package to businesses across Europe.

Including the post-storage monitoring, the cost of the whole CO2 chain of custody would be £144 per ton. This partnership will create a facility that could handle an amount of carbon dioxide in the megaton scale.

Climeworks has got another collaboration in the works. They are developing Orca, their newest climate positive brainchild, in Iceland. In this case, their DAC service will be integrated by the Carbfix storage technology.

Harnessing geothermal power, the plant will capture 4,000 tons of CO₂ per year and may be operational this summer. Using their innovative technology, Carbfix will then dissolve the captured CO2 in water and inject it in the underground basaltic rock formations in Iceland. Here, CO2 will turn into stone within two years and remain there for millenia.

You can sign up to one of the three Climeworks memberships to support future CO2 removal. The cheapest option (ca. £73) lets you remove 85 Kg of CO2 per year.

Using some chemically modified carbon sponges, they can capture CO2 directly from the atmosphere or from smokestacks. GT lead scientist catalytic compared these sponges to the converters in car engines. Once these filters trap CO2, a low-temperature (85-100° C) steam flush the spongy materials to extract the gas.

GT can operate their system on-site, which means no pipelines and transportation costs. The modular GT plants can be stand-alone or integrated with existing and new power plants. In the latter case, they use facilities residual heat to make the process more cost-effective and carbon negative. With a small footprint and a high flexibility, these devices are suitable for any location.

Two giant corporations like Coca-Cola and Exxon Mobile have invested in GT technology scale up.

They define their process as a high-speed photosynthesis. The company’s key innovation is a special membrane they use for their electrolyser. This promotes the conversion of CO2 emissions into valuable chemicals. Feeding recycled CO2, water and renewable electricity to the cell, Opus 12 generates carbon-based products such as ethylene, methane, etc.

Their electrolysis unit can be installed onto any industrial facility. Opus 12 is up-scaling their device from lab (dishwasher size) to commercial (shipping container footprint) scale.

Tide, a Procter & Gamble brand, recently partnered with Opus 12 to conduct a pilot project. They will use Opus 12 technology to capture carbon dioxide from their factories and use the CO2-derived chemicals to make their products.

As boasted on their website, this company envisions building a “vast number” of DAC plants within 2030.

In the meantime, along with several companies, Nordic DAC Group is financing the “Negative emissions with Direct Air Capture for Sweden” PhD project to assess the feasibility of DAC plants in Sweden.

Throughout the program, running until 2025, Nordic DAC Group is planning to develop its DAC system based on Carbon Engineering technology.

Removing CO2 from the air and storing it for good will be a reality in the next few years.

Carbon Engineering seems to be ahead of the carbon capture and sequestration (CCS) game and you can play a key role in supporting them.

Carbon capture and utilisation (CCU) solutions are also promising, with GT’s technology being a competitive option.

Wondering how to reduce the carbon footprint out of your Shopify business? These carbon offseting apps can help to track plus reduce your business emission.

Should I Carbon Offset?

Carbon offsetting is a last resort.

In every case, reducing your emissions is far more effective than trying to balance it later on.

What is the Green Claims Code? 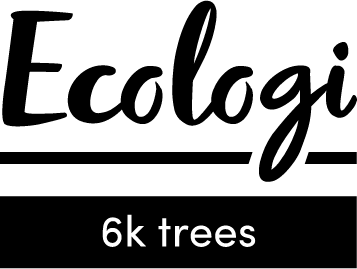